Almost everyone has heard of domination and submission(Dom and Sub) but very few people who don't participate in that world have an accurate grasp of what that world brings with it. For that reason they often find themselves wondering what the differences between D/s dating and vanilla dating are. That is something we are going to explore today. 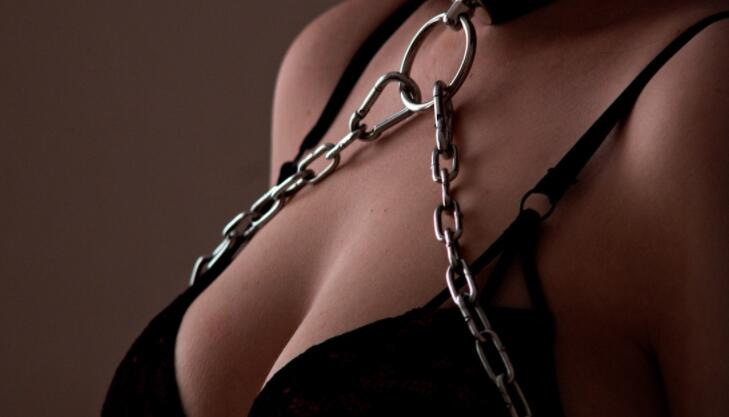 Vanilla dating is dating that involves no obvious kinks and is what many people would consider a traditional or normal relationship. With that in mind, many people have some form of D/s desires that they don't associate with the domination and submission world. For example, many people like specifically when a partner takes control but like vanilla sex (plain sex). In this case though it is such basic dom and sub relationships that it isn't really considered by most to be part of the D/s world.

So what is D/s? It is as simple as being Domination/submission or Dominant/submissive depending on how you are using the term. Dominants are those who like being in control while submissives are those that like to be controlled. There are so many different levels and types of dom and sub dating. Sometimes D/s aspects of dating show up in areas that aren't the bedroom, for example D/s aspects may also be present when it comes to chores.

Time in the Bedroom

Some people think that D/s relationships or dating are all about the sex. Sometimes they are but that isn't always true. Remember that we said that D/s dating comes in a wide variety of types. In many cases D/s relationships are just like others.

Vanilla people can have just as much sex as those who are in a D/s relationship and often do.

The main difference in the bedroom is that those who are interested in D/s dating incorporate more kink and fetish based activities in the bedroom. What exactly happens in the bedroom though all really depends on the people involved. We are all humans after all and that means we all have unique desires and find different things enjoyable.

To answer another question: not all D/s relationships are focused on the bedroom. They can be a traditional relationship where the partners just enjoy having a wilder or more adventurous time in the bedroom.

Who Enjoys Each Type of Dating?

There is nothing specific that we can point to when it comes to answering who enjoys each type of dating. People from all walks of life with all life experiences like D/s. The same goes for vanilla dating. Remember when we said that we are all human after all. You will see that fake psychology says that those who enjoy D/s have something wrong with them but that is not always the case.

Where Do You Find Someone for D/s Dating?

The internet has been a great place for those who are interested in dom and sub dating. Many different sites have appeared specifically for dom sub dating. This is one of the reasons you may not have seen someone interested in dom sub dating during your normal dating interactions. One great place to look for such a relationship is our Dom Sub dating site. Take a look and see what you think.

It isn't uncommon to hear concerns from vanilla people that they believe D/s dating is unhealthy. There is nothing wrong with you if you enjoy D/s dating. Psychologists have done many studies and have found that there is nothing unhealthy about D/s relationships.

Just like any other kind of relationship there can be times when the relationship becomes unhealthy. It is important to keep an eye on your health and safety in any relationship. Vanilla relationships can be just as unhealthy as a D/s one.

What a lot of this comes down to is that dom sub dating isn't too much unlike a vanilla relationship. The main difference is the sexual preferences of the partners. The main reason that there are so many questions about D/s dating is the fact that those who enjoy D/s haven't talked about it that much. Society has traditionally looked down on D/s relationships just because they are different. This has been changing, partially with the popularity of the internet, and now people are more open to discussing the D/s world so that people can learn about it.

If you have ever considered an interest in dom sub style dating we highly recommend that you take the time to check it out. There are so many different things that you can try when you break out of the world of vanilla dating.

Where Do You Turn to Fulfill Your Fetishes

How To Get Started With A Foot Fetish

Why It Is Ok to Have A Foot Fetish